I can hear the  distant sounds of Krishna Bhajans sung in the nearby Ashram as the boatman oars through the silent , calm waters of the Yamuna.

It is an ordinary, routine day at the holy town Vrindavan. “Radhe Radhe” The boatman calls out to his comrade , oaring the passing boat.

Through the misty November morning, I can see the hazy version of  Kesi Ghat. The ancient heritage building looks dull and gloomy. 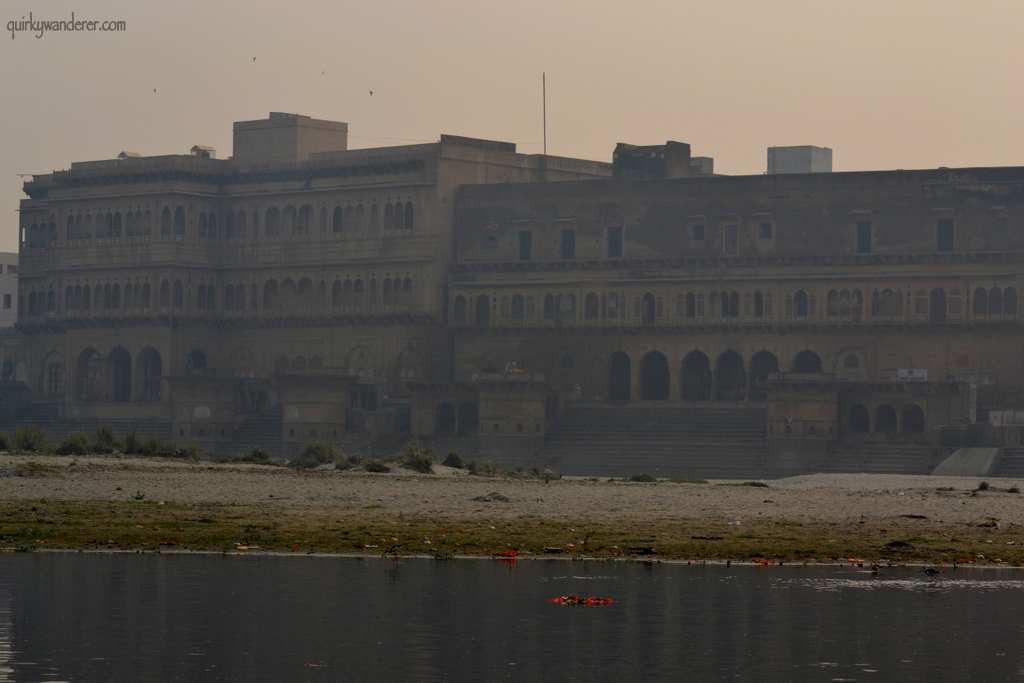 The boatman calls out to me as he sees me trying to focus and click the Ghats.

“You came at the wrong time Madam.The sun is up now. You should come again in the evening. The sun will be on the other side“. 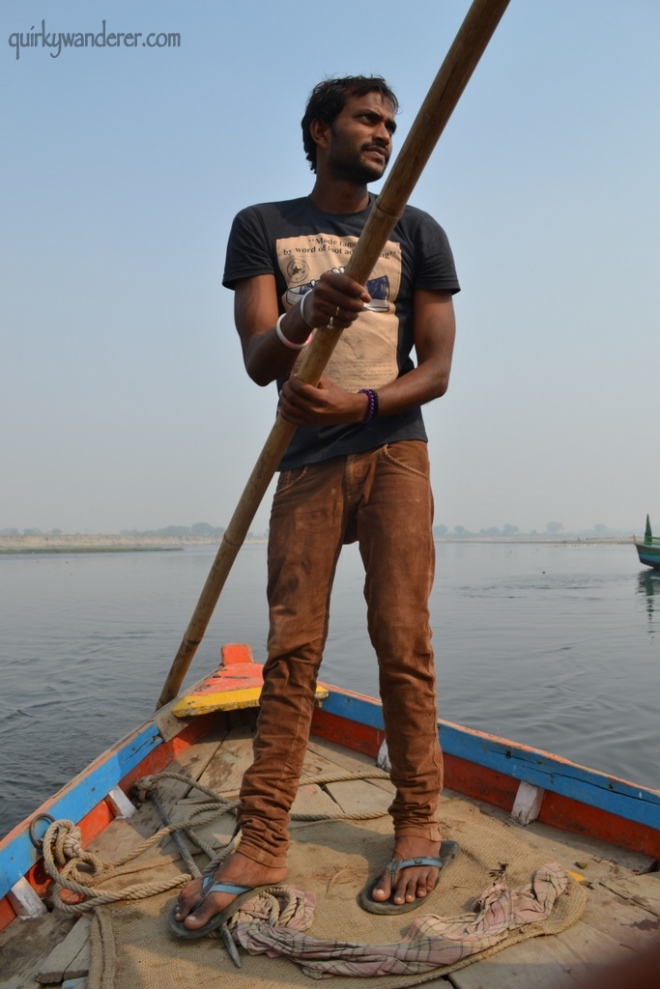 I smile. He had a point. He looks at my camera and says ” Many photographers come here. Mostly Firangs. They love clicking these old buildings.But they often complain, its too dirty.”

While getting in the boat I had almost cringed. The stench of the Yamuna was unbearable. It was as if the entire sewage of the town was let out here in the heart of the dying river.

Human and animal feces strewn all over the place while crows hovered around the garbage piles.

Sadhus sat in groups huddled together smoking beedis. Cows mooed , stranded in the lane till a local came and pushed them out of the way. Pigs were a common sight.

My heart broke. This was the other side of Vrindavan. Where heritage buildings were far from being maintained and the river that gave life to so many civilizations in the Indian plains was struggling for its own survival.

For a person who found magic in its temples and divinity in the age old remnants of the Dwapar Yug, this was heart break.

The Vrindavan in books is full of stories and ancient lore.

Of Krishna and his childhood. Of beautiful gardens and kingly palaces.

My reverie is broken as the boat suddenly jerks. As we approach the Kesi Ghat , the boatman tells me how the Yamuna in front of the Ghats is reduced to the size of a nullah.

There is no Yamuna left here, at present.It is all sewage. I am shocked.” But there is an Aarti every evening!” , I exclaim. He looks away, as I understand the Aarti is done religiously unlike the cleaning.

As the boat traverses through the waters, I see birds at different marshy spots. The degradation of The Yamuna has certainly affected the flora and fauna in it.

There was a time we could see the tortoises swimming beneath the waters. Today I only saw flowers and filth floating aimlessly. 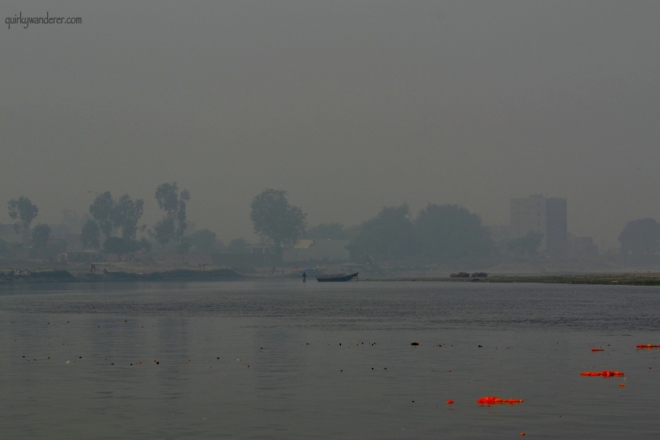 There was an irony. A huge one. On one hand we worshipped the River , calling her ‘Mother’ ,singing praises.On the other we humiliated the same mother by throwing dirt right at her face.

I don’t have a heart nor any inclination to go further.

On our way back , I see a sadhu washing his hands and feet, gargling and spitting incessantly into the river.

Right next to him I see another Sadhu , cupping his hands and filling them with the river water. My eyes widen in apparent horror as I see him drinking the water , as he said a prayer. 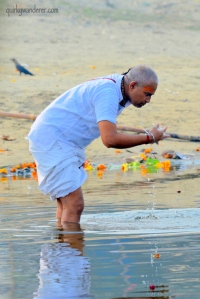 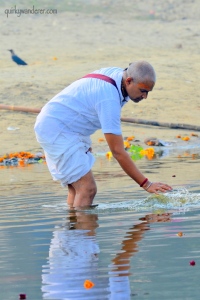 There were visible extremes in faith here. One which revered yet did not deter to dirty, the other which revered no matter how dirty.

The boatman teases the bathing sadhu , telling him I am a photo journalist who will publish his photo in the local newspaper.

He screams hysterically ,” where will I take bath then? They( The local administration ) don’t  make arrangements for us! We have no choice!”

I return with a single prayer and hope in my heart. I wish we would save the Yamuna. I wish the crowds which thronged the Ghat for the aarti, the same number would start caring for her too.

She flows silently. Extremely slow, as if exhausted. As if tired of pleading for help. Surrendering to the same mankind for which she sacrificed herself.

Linking this post to the weekly photo theme: Afloat

31 thoughts on “Vrindavan and the dying Yamuna”