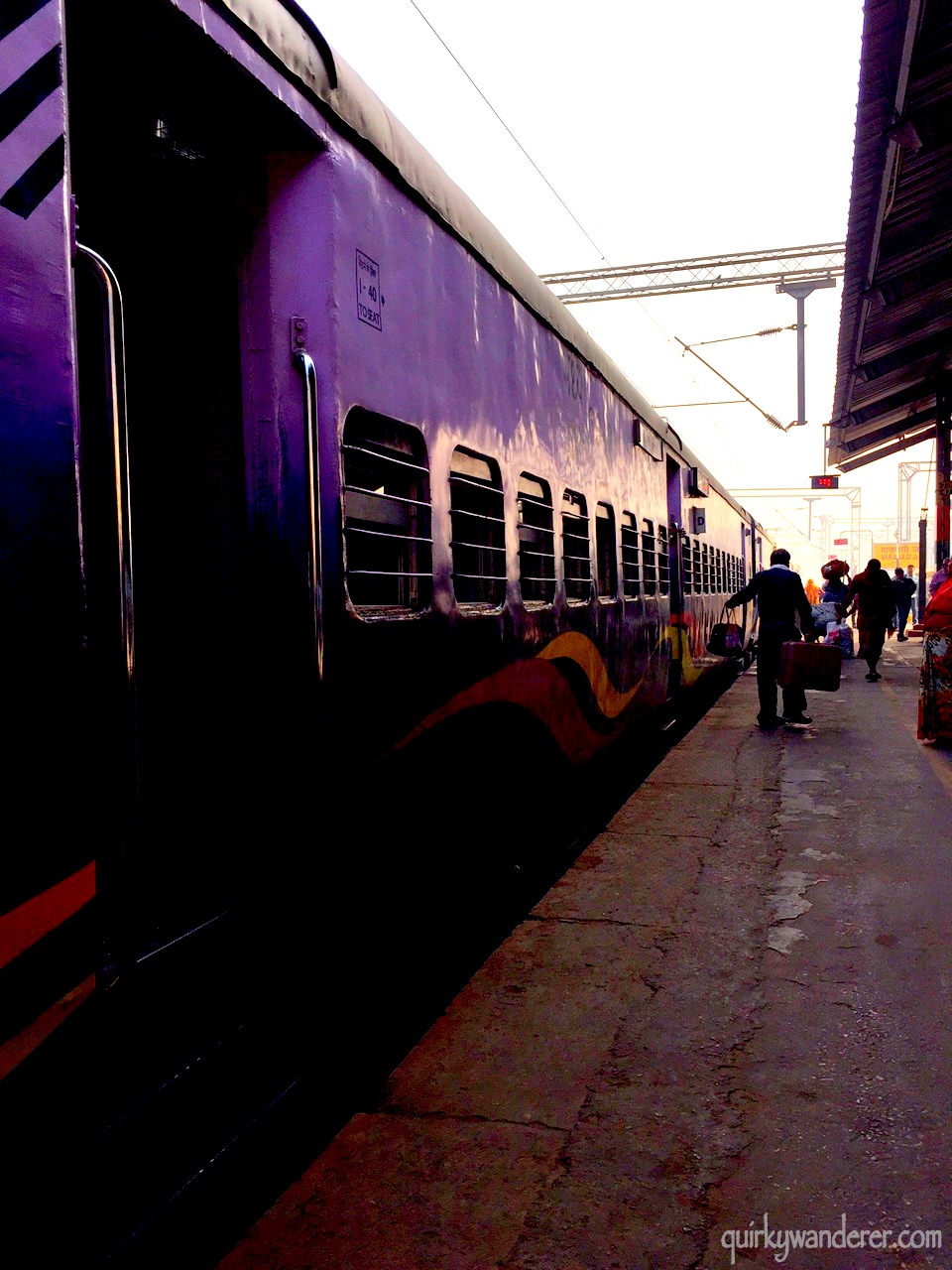 Varanasi needed to be kicked off the bucket list and a new train being flagged off was just an impetus to plan the long pending trip.

I eagerly saw the photos of the swanky new Mahamana express and was in awe of the next gen state of the art infrastructure.

And then the internet went viral with pictures depicting how poorly the train was received by passengers. (Photos of  broken taps, garbage strewn in coaches, filth accumulated in basins did rounds on social media)

I started reconsidering Shiv Ganga express as an option now.

But the curiosity to see those brightly painted purple Windows and green sleeper seats had the better of me.

So here I was, boarding the first AC coach of the Mahamana express, peeping into every cabin to see how different it is from the other trains.

Here are a few observations:

The coach had state of the art infrastructure which amazed me. Power window blinds, a wash basin in the cabin, toilet occupancy indicators, bell for the attendant were some features that stood out. Ergonomically designed stairs for the upper berth was another well thought feature.

Additionally there are around 8 charge points in each cabin.

The infrastructure gets a whooping 5/5.

Having traveled western railway for almost all my life, the services of northern railway came in as a slightly rude shock. But no, I have travelled in a Shatabdi to Amritsar and the services there were impeccable.

Mahamana Express has a bunch of highly unprofessional staff, mostly local attendants with no interest whatsoever in having you over. Their lack of training is evident.

On my way back to Delhi, the cabin is full of mosquitos. I ask the attendant if there is an All Out. No there isn’t.

The cabin cleaner promptly walks in at 8 pm. ( peak dinner time to spray phenyl and clean the compartment). Sigh!

What’s worse is attendants shouting on top of their voices. For someone who is used to Rajdhani and August Kranti travel, this added to the shock.

Services need to be much better and the only way they could be is to employ trained staff.

Sadly the services get a sorry 0/5.

There is no food included in your ticket price. Which is okay. But substandard food at a cost is not okay. They don’t have any facility of good packaged food items. The tea served in the first AC of a Mahamana express and the tea served in a first AC of a Amritsar Shatabdi or a Mumbai Rajdhani is poles apart.

Not even a Neer bottle is provided to a First AC traveller.

The train is comfortable vis a vis its timings, it’s infrastructure, hygiene and clean toilets.

It is the best option for overnight travel. You get the whole day at Varanasi as it reaches at 8.25 am and departs Delhi at 6.35 pm. The timings are same on the return route.

A big turn off is that the first class compartment is (literally) miles away from the exit at the Varanasi railway station. It’s almost like you are being punished to have chosen the first class and you have to go on walking endlessly to board the coach.

Another observation is that anyone, I repeat anyone climbs into the first class compartment, roams about and peep into cabins ( akin to a museum display). When the attendant is inquired about this, he shrugs and says, “We can’t do anything” putting a big question mark on the security of the train.

In my honest opinion, the train has great potential, if the services are as good as the infrastructure.

The ideal combo for me would be the infrastructure of Mahamana and the  professionalism of Mumbai Rajdhani, in order for the first AC to really be the First AC in the true sense of the term.

The 22418 New Delhi-Varanasi Tri Weekly Superfast Express Train departs from New Delhi at 06.35 p.m. o­n every Monday , Wednesday and Friday  to reach Varanasi  at 08.25 a.m. the next day.

In the return direction, the 22417 Varanasi – New Delhi Tri Weekly Superfast Express Train departs from Varanasi at 06.35 p.m. o­n every Tuesday, Thursday and Saturday from  to reach New Delhi  at 08.25 a.m. the next day.